On Confidence, Faith, Quality, and Innovation 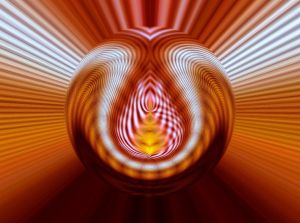 A shaman who has studied with the Apache told me not too long ago that the two biggest demons are distraction and self-doubt. To battle distraction, we learn to become mindful and focus our attention on what we want to occupy us (at the times that we prefer to focus on those things). To battle self-doubt, we build systems and structures and communities to reaffirm our focus, to give us enhanced power and clarity, and to keep us on track.

Quality systems, in many ways, provide mechanisms outside of ourselves to help us battle these two demons (see, for example, Peter Merrill‘s essay on “Restoring Creativity by Involving People” in the Summer 2012 Quality Management Forum, which provides a retrospective on this notion).

But what can we do to aid the inner battle?

“Faith consists in believing when it is beyond the power of reason to believe. It is not enough that a thing be possible for it to be believed.”
– Voltaire

You know there is one – don’t deny it. There’s always an inner battle. Just this morning, I saw a post on Facebook that said “Relationship is possible only when two egos are dropped – otherwise four people are involved, two real and two imaginary.” I see inspirational quotes like this all the time… and the reason we keep posting and re-posting them is that we all recognize insights that will help us with the inner battle.

These thoughts have pretty much eclipsed everything else in my mind since the first week of June. Why? Because I realized that I have had a seriously big problem with self-doubt. As a result of self-doubt, I hang on to the fear that the wonderful things that have come into my life are not legitimate. In fact, it’s self-doubt that’s led me to unconsciously sabotage my most promising ventures, initiatives, research ideas, and romantic relationships for quite a while.

Self-doubt has imprisoned me to the current system, blocking my ability to see the new and amazing and life-changing things that might grow out of it, and sapped my physical energy. I’ve had little or no energy to do things because I self-doubt myself out of any positive outcome before I even begin. With no possible positive outcome, everything is meaningless. Why bother trying?

It’s a leap to even share this with the world. An embarrassing one! (Who admits this stuff?) I’ve shared these limiting beliefs with some close friends, many of whom can’t fathom it. “But you’re a badass! Look at all you know, can do, have done, will do.” If I’m such a badass, why don’t I FEEL like one? Answer: I have been possessed by the demon of self-doubt, and as a consequence, I have consistently (and sometimes completely) lacked confidence. But I know I’m not alone… posts at The Daily Love (one of my favorite blogs ever) touch on this theme all the time; this new post, from this morning, talks about how fear is the opposite of faith.

While sorting through hundreds of articles and blog posts about faith and confidence over the past month, I found http://www.ucadia.com/concepts_emotions/concept_emotions_pos_confidence.htm. The answer is TOTALLY DEMING. It’s all about DRIVING OUT FEAR so that the faith and confidence can flow in. We’ve known this since the 1940’s! Wow:

Origin of the word and concept of “confidence”:

The origin of the word confidence is the Latin word confidere (to trust, to have faith in). Hence the original meaning of confidence is literally “to have trust or have faith in an object or person”. [Note from Nicole: if faith is being certain of what you hope for, then confidence would be certainty that you’re going to think, act, be, deliver, express what’s consistent with who you are and who you want to be. Even if you can’t see it or feel it.]

The word “trust” itself is based on “faith in an object or thing is true” — so the key common element at the heart of confidence is “faith in something being true”.

Contrary to the mistaken belief by many that confidence is somehow some kind of personality gift, confidence is a result of a consistent projection of behaviour/belief over some period of time.

The consistency of behaviour/belief is a fundamental determination to confidence. A person who exhibits inconsistent behaviour will frequently also be classed as “lacking confidence”.

A further common mistake is to attribute the opposite to confidence as depression. A person who exhibits inconsistent behaviour may be experiencing depression, but this is not always the case.

Consistent positive behaviour is the building block of confidence.

It makes sense then that a confident person is someone who has a general trust in themselves. In contrast, a doubtful person, does not.

How does this relate to innovation? In short, I believe that innovation cannot emerge from an environment plagued with self-doubt and distraction, and that both confidence and faith are necessary to expel these Apache demons. Peter encourages us to remove the shackles, to release our people (and by association, to release ourselves) if we want to stimulate more innovation in our organizations.

The third principle (ISO 9000:2005 S0.2c) reads, ‘People at all levels are the essence of an organization and their full involvement enables their abilities to be used for the organization’s benefit.’ However, the execution of this principle in ISO 9001 has been poor.

I also realized how influential stories are – works of creative fiction – as catalysts for developing the kind of confidence that breeds faith. Yesterday, I watched the Oprah interview with J. K. Rowling of Harry Potter fame. Around 15:20, the author notes that “In magic, man has to rely on himself” whereas in most of the world’s religions, people are conditioned to rely upon something that they are taught is outside themselves. She says that with magic (which could also be considered our imagination + our emotionally charged, confident, faith-driven vision) “we ourselves have power and can shape our world.”

Find it, and innovation will find you.